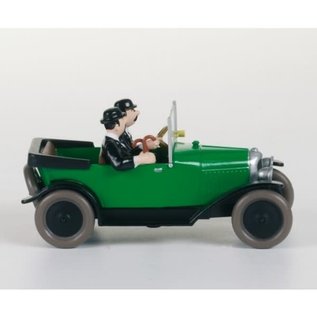 Oh happy days ! They really are happy in their tiny car. The Thompsons sing along with: “Boom! One day your car goes boom,… Don’t just give up in gloom…. Call Autocart to the rescue” A wonderful tribute to Charles Trenet. It’s their car! It will not be their last one. The Thompsons really appreciate the Citroën cars. They will soon be driving a French-made 2CV followed by one made in Belgium. More than 80,000 cars were manufactured between 1922 and 1926, and this Citroën 5HP via different models, became the number one small economic-to-run car, HP stands for horse power. THE CAR WHICH INSPIRED HERGE : Make : Citroën Model : 5 HP – T3-2 other name : a three seater Torpédo Year: 1924 Production : 80,000 of 5HP Price : 8500 FRF DETAILS : Doors : What is so special about this car is that there is only one door which is on the passenger’s side. It opens forwards. At the beginning of the Adventure, Hergé does not show us the driver’s side of the car. However, if you look closely, it is possible to see a handle to a door on the driver’s side. Spare tyre : Sometimes the spare tyre can be found on the driver’s side (model T3-1), sometimes it can be found at the back (model T3-2). The Thompson’s car does appear to have the spare tyre on the back. The radiator grill : This model was renowned for its elegant radiator grill. It was original in the sense that it was in two parts framed with nickel-plate. Seats : Hergé redesigns the interior so that there are two seats instead of three. In the Thompson’s car, there is a bench seat in place of the normal central third seat (Model T3-1). Steering : The steering is on the left. This model was more for the ladies as it was easy to drive and was brightly coloured. 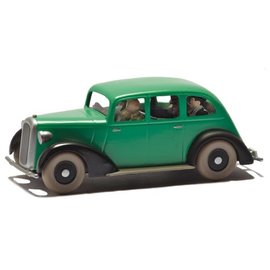 Tintin car - The fake police car from Tintin in America 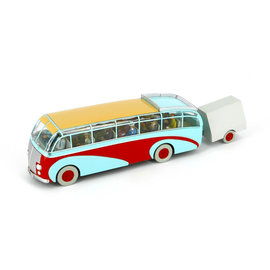 Tintin car - The bus of Swissair from The Calculus Affair 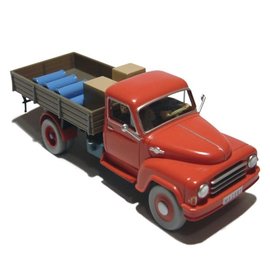 Tintin car - The red lorry from The Black Island 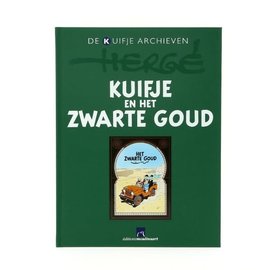 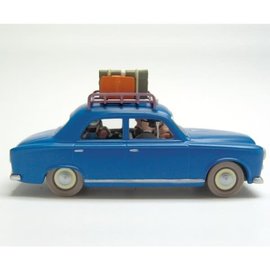 Tintin car - The Peugeot 403 from The Castafiore Emerald 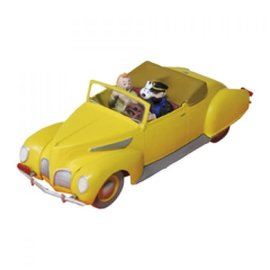 Tintin car - The Lincoln Zephyr from The Seven Crystal Balls